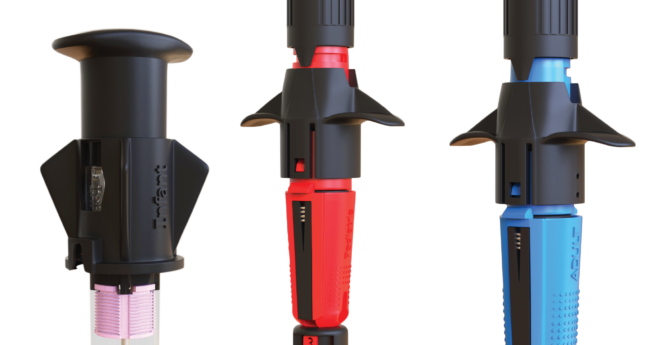 What is intraosseous (IO) access? How Does IO work? IO History, IO vs. IV, sites of IO insertion – (almost) everything you ever wanted to know about IO

When venous access if difficult, life-saving drugs need to be administered through a different avenue to stabilize the patient. Intraosseous access (IO) is used in situations where prompt venous catheterization is not possible. IO is currently used as a short-term (24-hour duration), emergency vascular access solution for the emergent patient in both pre-hospital and hospital setting.

How does IO work?

Unlike blood vessels, bones do not collapse when a patient is volume depleted, and the landmarks for IO insertion are quick and easy to locate (Reichman, 2013)[1].

Bones are the source of blood in the body. When dealing with medical emergencies in which the vascular access is challenging, not available or not attainable, the bone marrow provides as a non-collapsible vein.

Intraosseous access was first introduced in 1922, by Harvard physician Dr. Cecil K Drinker (Anson, 2014)[2] (Reichman, 2013)[3], and it was he who first described the bone marrow cavity as a ‘non-collapsible vein’.

Though IO for pediatric use was introduced in 1941, it was only in the mid-1980s when the technique was reintroduced as an alternative route for blood, drug, and fluid administration (Anson, 2014)[4].

Since then, IO has gone from being a rare procedure reserved for certain providers under very specific circumstances, to a mainstay of vascular access performed by tens of thousands of medical professionals, in both the prehospital and hospital setting. For prehospital providers, IO access has proved to be an invaluable procedure.

In 2005, the European Resuscitation Council endorsed IO access as the preferred method of delivering Advanced Cardiac Life Support (ACLS) medications in cases where intravenous (IV) access cannot be achieved with a reasonable degree of speed for both adults and children, and in 2010, the American Heart Association (AHA) also updated their guidelines to match those recommendations (Handley al., 2005)[5] (AHA, 2010)[6]. In 2010, the Infusion Nursing Society (INS) also endorsed IO access in cases of adult or pediatric cardiac arrests (Gorski 2016[7]). Endorsement by INS standards continued in 2016, and in 2020, INS and the Emergency Nurses Association (ENA) issues a joint position statement: “in the event of adult or pediatric cardiac arrest, anticipate use of the IO route if intravenous access is not available or cannot be obtained quickly. The IO route may also be considered for emergent and nonemergent use in patients with limited or no vascular access; when the patient may be at risk of increased morbidity or mortality if access is not obtained” (ENA INS, 2020)[8].

Used in both pediatric and adult patients, with a multitude of devices and insertion sites, IO access is a must-have skill for anyone involved in providing life-saving resuscitation.

Studies and researches conducted to try and compare between the different routes of drug administration:  intravenous (IV), intramuscular (IM), and intraosseous (IO). It was concluded that the intraosseous route is demonstrably superior to intramuscular and comparable to intravenous administration (in delivering paediatric anaesthetic drugs) (Moore 1989[9])[10][11]).

Today, we are fortunate to have automatic intraosseous devices that provide rapid vascular access.

* According to the Centers for Disease Control and Prevention (CDC) and U.S. Food and Drug Administration (FDA) guidelines, healthcare providers on all fronts (EMS, paramedics, EMT, nurses, doctors and first responders) can reduce risks of cross-contamination by using sterile equipment, and disposable “single-use” supplies whenever possible.

Our NIO and B.I.G. devices are the only automatic, sterile, single-use, disposable IO devices in the market, posing no risk of disease transmission (IO and Disease Transmission Pathway, 2015).

[2] Vascular Access in Resuscitation: Is There a Role for the Intraosseous Route?, 2014, by Jonathan A. Anson, MD.

[4] Vascular Access in Resuscitation: Is There a Role for the Intraosseous Route?, 2014, by Jonathan A. Anson, MD.

[10] IO vs. CVC in emergency situations

This page has moved to Safeguard Medical