For emergent patients who need vascular access when intravenous or central access cannot be immediately established, intraosseous access (IO) procedures have been proven to be the best option.  For almost the past 100 years, physicians and engineers have continued to develop and improve intraosseous access devices.

The concept of intraosseous access was first introduced by Harvard physician, Dr. Cecil K Drinker, in 1922. He recognized that the bone marrow cavity provided a non-collapsible vein that could be used to administer drugs and fluid therapy when intravenous access wasn’t possible. In 1941, Dr. Leandro Tocantins successfully introduced the IO procedure in the sternum, mainly in pediatric patients. By the early 1980s, the IO became the standard of care in the Pediatric Advanced Life Support Protocol (PALS).

As of 2015, the American Heart Association (AHA) recommends IO as an alternative if prompt venous catheterization is impossible.

Today, we are fortunate to have automatic intraosseous devices that provide rapid vascular access. The NIO™ is an automatic, single-use device that requires no assembly or batteries, thereby ensuring sterility and providing IO access in 10 seconds or less. 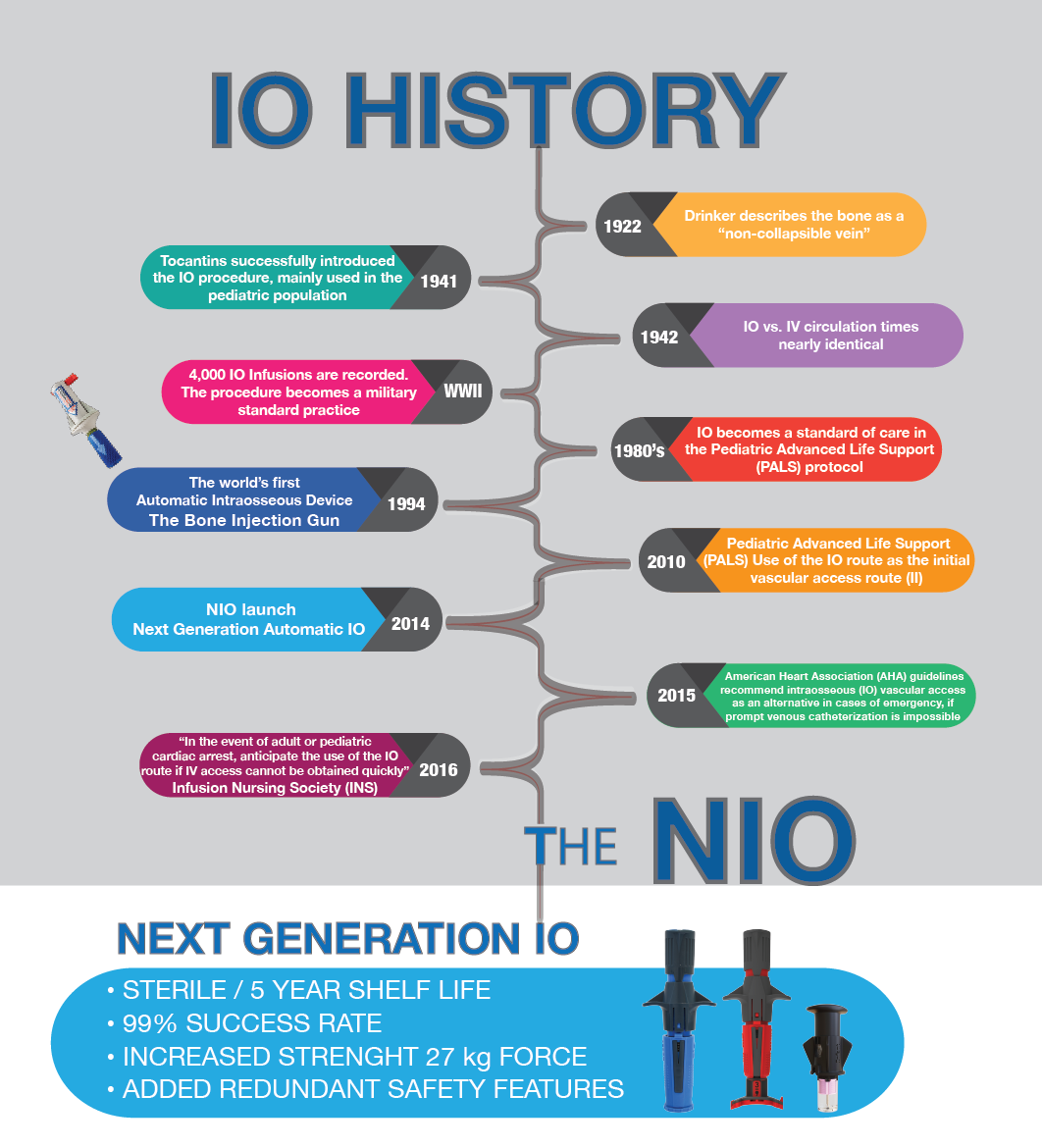